Getting Started with BZFlag

BZFlag allows players to register their name, also known as their callsign. Some servers provide additional benefits for registered users, such as being allowed to vote in polls. Another benefit is that players can not use another player's registered callsign. To register a callsign, visit our forums and register an account. The username and password on the forums will be used as callsign and password in the game.

Register on our forums

The game has four main teams: Red, Green, Blue, and Purple. In the Free For All and Capture The Flag game modes, each of those teams work together to fight the other teams. Teammates should not shoot each other in those modes. In the Open Free For All game mode, the teams do not matter and it is allowed to shoot any tank for points.

Servers can choose to limit the number of players per team or disable a team entirely. 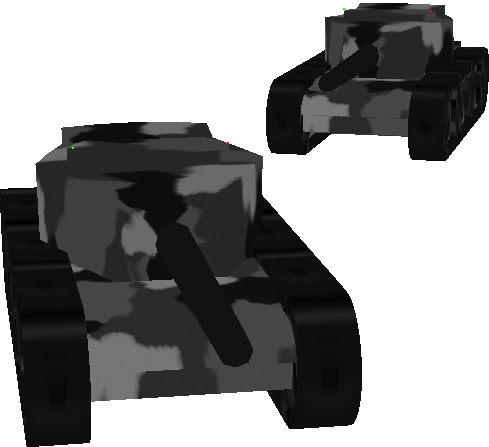 Like the feeling of having no loyalties to anyone? You consider yourself a lone wolf or aloof? The rogue class lets you play as a tank who's abandoned all its ties to any team and can shoot any tank, even other rogues.

In this mode, a single Rabbit is chosen by the server. All of the other players will be Hunters. The Rabbit has the opportunity to score the most points, but it is also the most vulnerable. When the Rabbit is killed, a new Rabbit is selected by the server.

In Free For All, also known as Free-style, the objective is to shoot enemy tanks to earn points. The four main teams should not shoot other members of their team as this will result in a penalty. Rogue players are allowed to shoot any tank, even other Rogues. 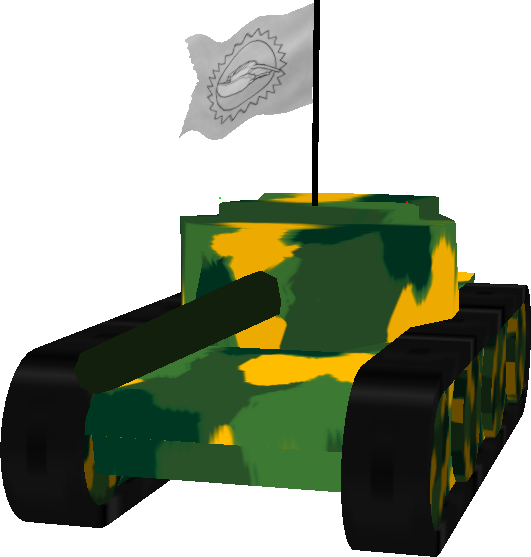 There are good super flags that provide some additional benefit, such as faster movement, a smaller tank, or different weapons like laser or guided missile. There are also bad super flags that disable parts of the tank or reduce performance of the tank. Examples of bad flag effects include radar jamming, reversed controls, left turn only, and a bouncy tank. Bad flags cannot be dropped manually and will normally have either a timer or will require finding an antidote flag.

View the flags documentation for a list of all official flags and their descriptions. It is possible game servers to run plugins that add custom flags or modify the behavior of existing flags.

Here are some of the basic controls. These can be customized in the Options > Input Settings > Change Key Mapping menu.

The full list of keys can be viewed in the Help menu in-game or in the Change Key Mapping menu.

Basic controls for moving your tank and playing.

The text and visual components that appear in front of the 3D view.

Be able to communicate with your teammates for excellent teamwork.

Send Chat to All 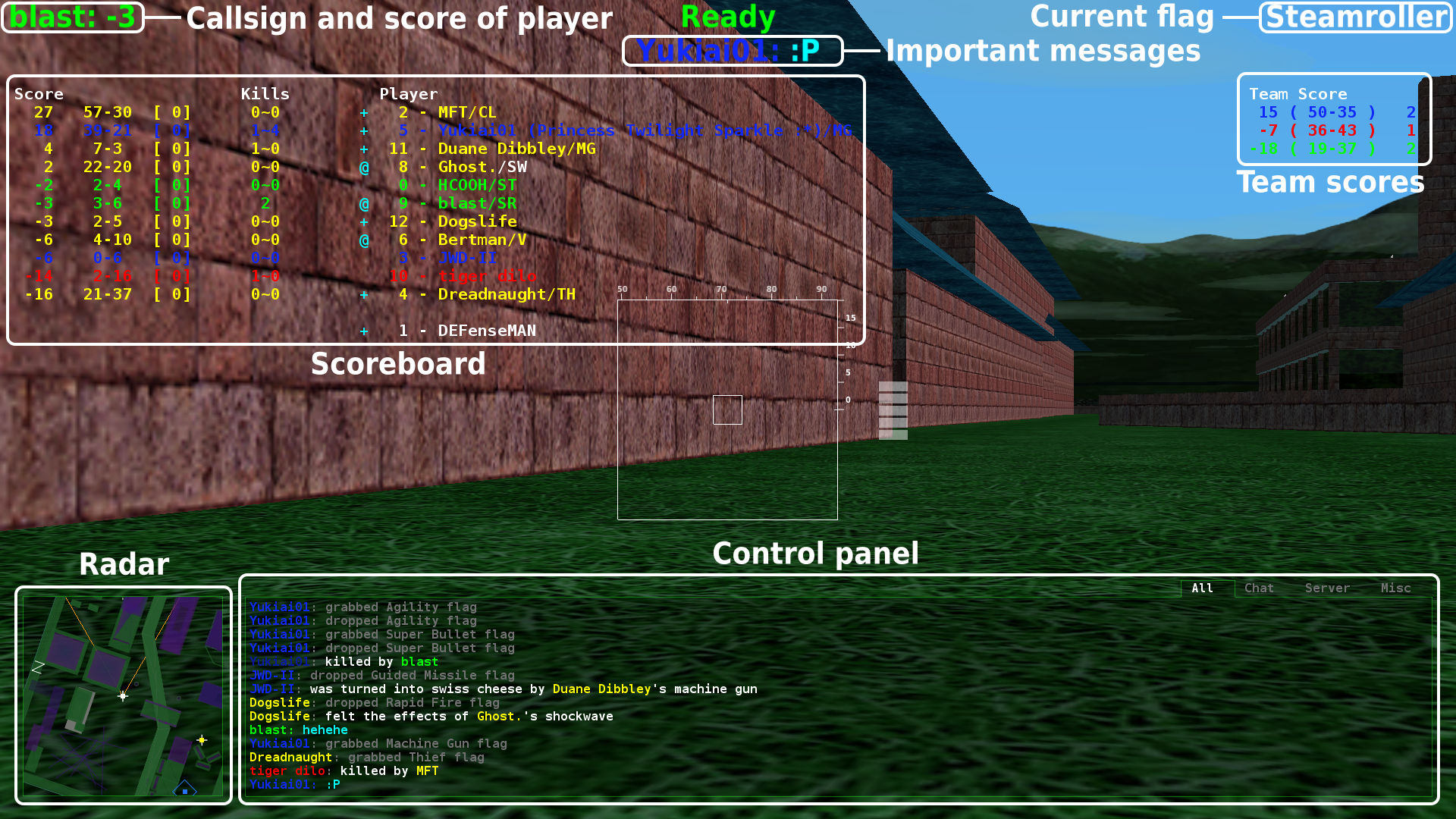 The Heads Up Display (HUD) consists of many components as seen in the image above. Don't worry, some of the components may not be straightforward and need some explaining.

The scoreboard is sorted by the player with the highest kill/death ratio at the top; the sorting algorithm can be changed via Options > GUI Settings > Scoreboard Sort. The scoreboard consists of three main sections:

This section shows the score of each colored team and the amount of players currently on each team. Depending on the game mode the server is currently set to, the scores for teams will vary.

These scores will only reset to 0 when every player on said team has left.

One of the game's most powerful features is radar, allowing you to see tanks, shots, and objects within the radar's field of view. There are flags that allow tanks or shots to be hidden or camouflaged on radar, so don't fall into a false sense of security.

This component displays everything that is happening on the server including:

This component can filter out a specific type of message as seen in the tabs on the upper right: